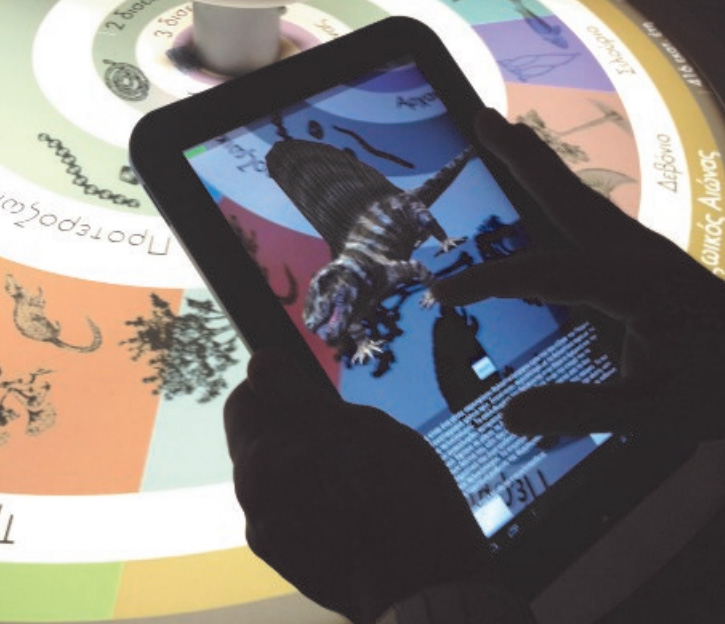 Virtual and augmented reality are currently considered among the technologies with the highest expected impact on user experience. Next to the low-cost and high-performance hardware for VR and AR, we may add the 3D digitization of objects and scenes that is becoming mainstream, as well as the ability to interlink content. All the above constitute the perfect setting for allowing the remote and on-site visitors of museums and cultural sites, to enjoy a drastically different experience. Following this trend, MKLab has set the goal of changing the way we experience culture using novel paradigms of virtual and augmented Reality.

Virtual Reality (VR) has been constantly gaining industrial interest with companies like Oculus, Samsung, HTC, and Google having reduced the cost of a VR headset to few hundred euros. VR aims at offering a unique experience by allowing its users to immerse into a virtual world. Although the VR technology has been primarily targeted to improve the experience of users while playing games, it has already paved its way to other types of immersive applications such as in the domain of Culture. Our ambition in MKLab is to make virtual reality an integral part of the museum experience. Towards this direction we have developed the following expertise:

Augmented reality (AR) is currently one of the most dynamically evolving technologies for engaging users and enhancing their experience with major players like Apple, Google, Microsoft, Epson and Meta showing great interest about it. It is based on the idea that data can be overlaid on the view of the real world and its use has already spread in various application fields such as medicine, education, entertainment, navigation, advertisement and education. In the case of Museums, visitors can see paintings and objects changing via smart-phones. The smart-phones can recognize the paintings and overlay videos on the device screen. Equivalently, in a typical AR scenario of an archeological site, by moving the mobile device around, the monument borders can be identified and the AR marker that describes the monument will be positioned exactly above the monument. In our effort to implement the aforementioned scenarios, we have developed the following expertise: