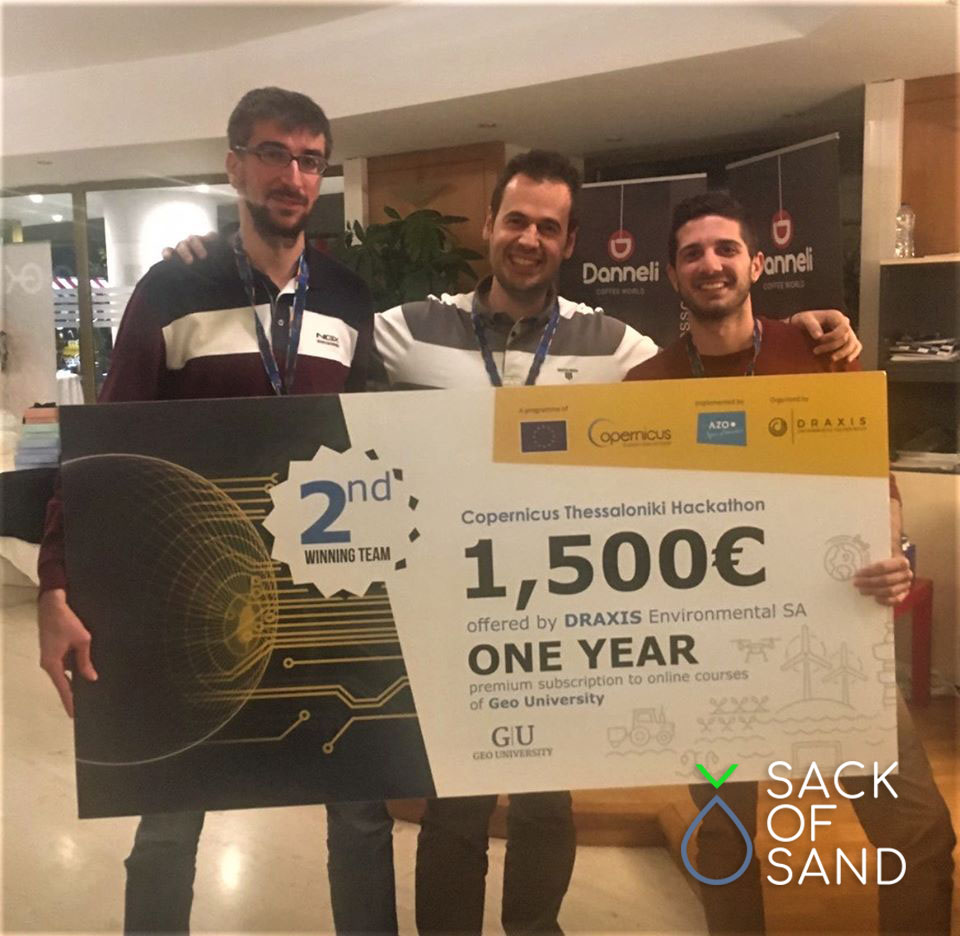 We are proud to announce that our team, consisted of S. Andreadis, M. Mpakratsas, A. Moumtzidou, I. Gialampoukidis, S. Vrochidis and I. Kompatsiaris, has succeeded to place second out of thirteen teams in the first Copernicus Thessaloniki Hackathon! The hackathon was organized by Draxis environmental company and was held in Thessaloniki, Greece from 29/11 till 01/12/2019.

Using the motto "Sustainable solutions for a sustainable way of living", the Copernicus Thessaloniki Hackathon invited participants to think and build a prototype using Space Data & Earth Observation Services. The MKLab team proposed a decision support system, named "Sack of Sand", which monitors floods by analysing satellite images and social media data. The idea, which was praised for its clear concept, and the live demonstration of a Web application developed during the Hackathon resulted to winning the second prize!

The participation has been carried out within the context of the EOPEN project that aims to build an open interoperable platform for unified access and analysis of earth observation data.